A Night with Amir Khan 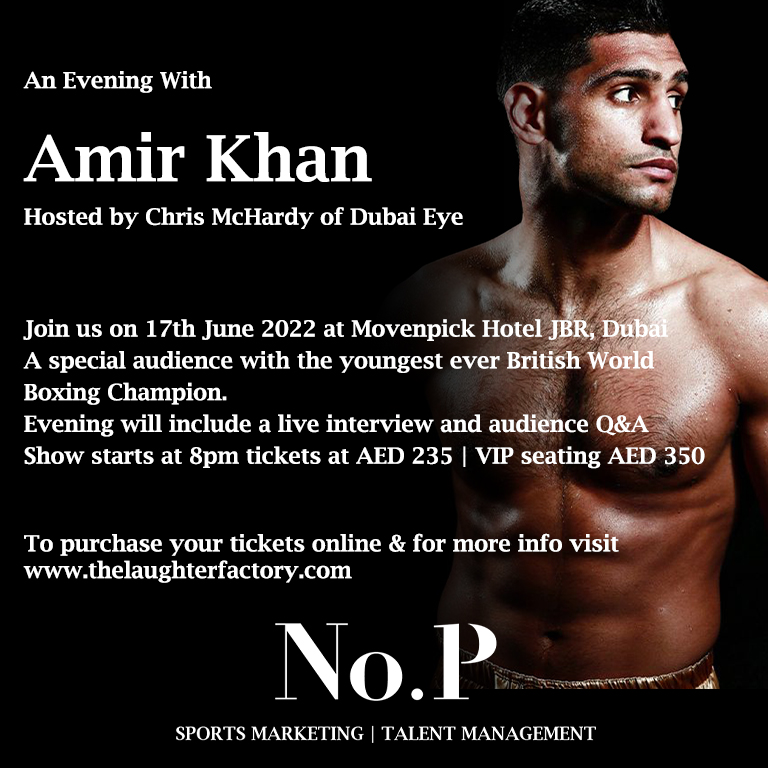 No.P would like to invite you to a special audience with Amir Khan.

The Evening will include a live interview with Dubai Eye sports commentator, Chris McHardy and audience Q&A.

Amir Khan was the youngest ever British World Champion Boxer.

Amir has proved himself during his amateur career for winning a silver medal in the lightweight division at the 2004 Olympics. This made him the youngest British boxing Olympic medalist at the age of 17. At age 22 he won the WBA title, he also became one of the youngest British professional world champions.

His hit reality TV show ‘Meet the Khans’ is due to launch the second series.