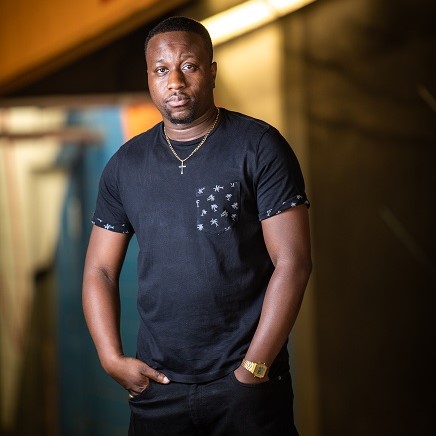 Fast rising star Babatunde Aléshé is one of the biggest names on the Black British comedy circuit.

Being of Nigerian heritage, married to a Jamaican and a passionate all-out family man, his stand up presents a hilariously fresh perspective. Each powerhouse performance oozes charisma and showcases impeccable stagecraft and comic timing.

Whilst regularly performing for thousands at iconic venues such as the O2 and Hackney Empire, Babatunde has also already authored provocative factual content drawing on his own powerful story of growing up poor in inner city London (Trap Town, London Live). An experienced actor, he has appeared in an extensive list of TV shows including Waking the Dead and films including Pelican Blood and The Naked Poet, alongside cutting-edge theatre such as Iya Ilé (Soho Theatre) and Requiem for Tomorrow (Shaw Theatre).

In 2019 he won the Amused Moose National New Comic Award and was selected to appear alongside Dave Chapelle in his live showcase The Process.

In 2020 he appeared as part of the new cast for Celebrity Gogglebox for Channel 4, representing the show at the Bafta’s and will support Mo Gilligan on his huge UK and European tour for 2021.

video clips we can use on Facebook (we edit them to 30 seconds so a whole routine is never used)  https://youtu.be/QV_Fs36jEQk