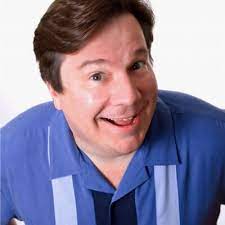 Chas Elstner has been a stand-up comic for over 24 years and has written, performed and produced two comedy albums “Is This Stuff Too Real For You?” and “A Man’s Home Is Her Castle.”  Chas’ extensive comedic background includes performing as a featured clown in the Ringling Bros., Barnum & Bailey Circus, studying at the renowned Second City in Chicago and being nominated as one of the college “Entertainers of the Year” after performing at over 200 colleges nationwide.  He has also performed as an actor in off-broadway productions.

Some of Chas’ most outstanding accomplishments have been his numerous television appearances which include MTV’s ½ Hour Comedy Hour, VH-1’s Standup Spotlight, Entertainment Tonight, Showtime Comedy Club Allstars IV, Fox Television, national television debut on ABC,  four appearances on Evening @ the Improv, and The Best of Evening at the Improv, Volume 3 on DVD.

With all of his live performance talents, Mr. Elstner has developed a humor to captivate audiences of all ages.  He is a master of mouth sound effects and has an array of character voices which add to his energetic approach to comedy that leaves you with a lasting and entertaining impression.