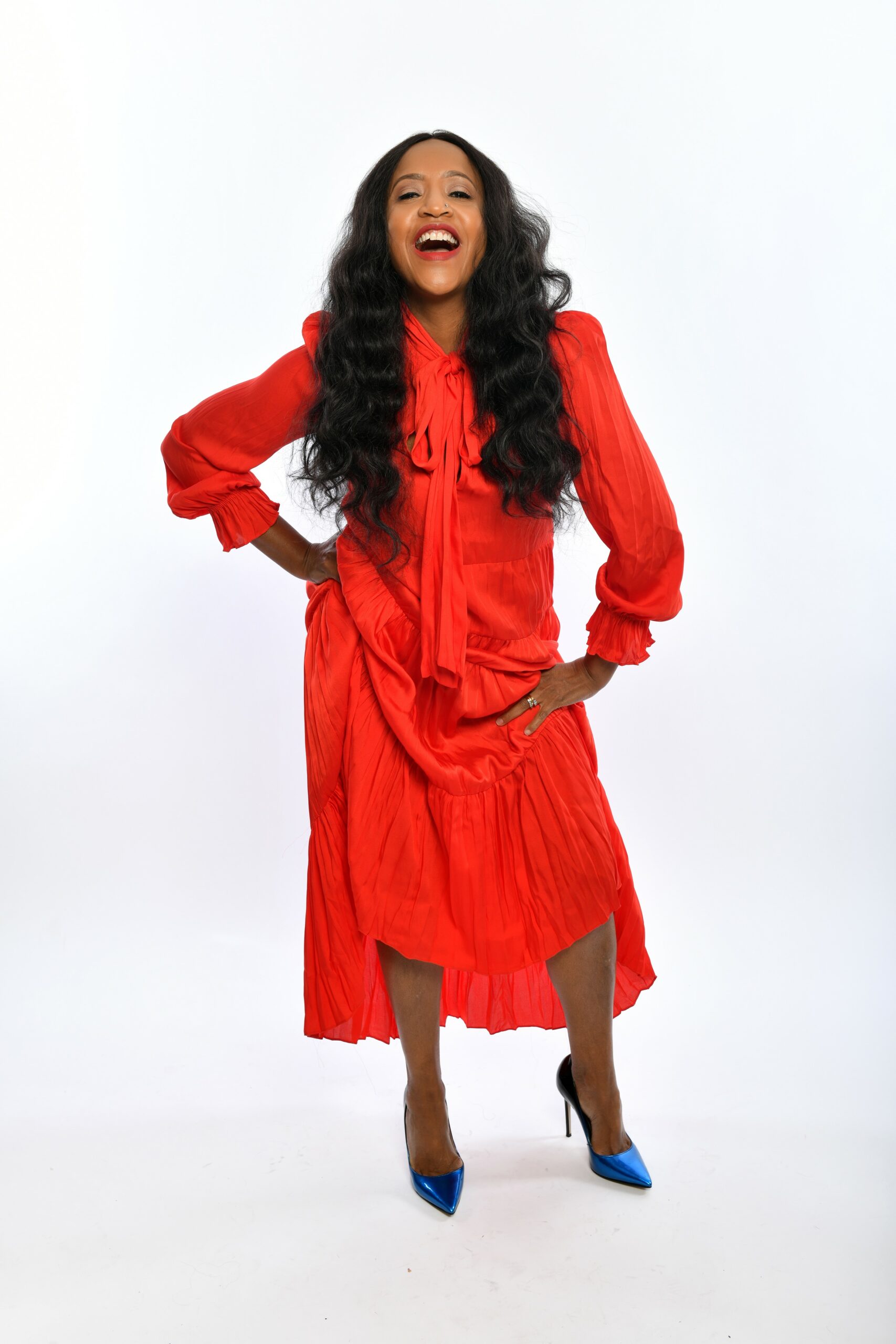 Njambi McGrath is an award-winning rising comedy star with a hit BBC Radio 4 Series, selected for BBC Radio 4 Comedy of the Week https://www.bbc.co.uk/programmes/p09ws280. Her legendary comedy specials have had successful Soho theatre and Edinburgh runs and now on Amazon Prime and NextUp. Njambi has performed all over Europe and Africa with a tour of Dubai scheduled. She is currently supporting Jason Manford on tour. She won the coveted Hackney empire New Act Of The Year (NATYS) Award 2019. She is the author of the critically acclaimed memoir Through The Leopards Gaze.

She was in the original line up of the (ARIA) Radio Awards hit BBC World comedy show ‘New Year’s International Comedy Celebration. Since her debut in 2010, she was voted 1 of 5 top up and coming female comedians 2012 by Fabulous magazine barely 14 months later. She was shortlisted for the BBC Radio New Comedy Awards x 2 a year later. She guested shows like BBC Two Edinburgh Nights, BBC One Sunday Live, Channel 4, Saturday Live BBC Radio 4, Loose Ends and ½ hour profile on BBC World service and has been showcased on BBC Radio 2 and BBC Radio 4Xtra. She has been profiled in the Evening Standard, The Guardian, Daily Telegraph, The Scotsman, Daily Nation (Kenya) featured on Arise TV. She reached the finals of many comedy competitions.

Praise for Njambi on writing

“Written with poetic fortitude, Through The Leopard’s Gaze reveals that the hardest part of survival is not the experience of violence but the pressure you feel to make sense of it. Bravely sharing her own attempt to confront the past, Njambi McGrath’s memoir is a stunning portrayal of human brutality and human resistance – heart-breaking and empowering in equal measure.” David Lammy MP.

“Britain is traumatised by it’s history” The Evening Standard

“Smart and Sardonic” The Guardian

“A must see” The Scotsman