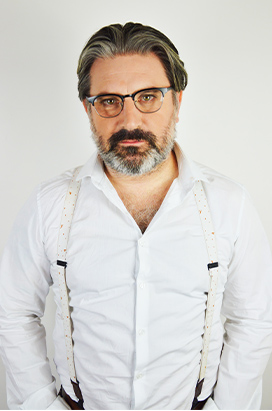 Rich has been “winning over audiences in seconds” at all the major UK comedy clubs (Jongleurs, The Comedy Store, The Comedy Cafe, Big Night Out), has entertained audiences in New York, Las Vegas and for 5 years was part of the

CSE, Entertaining for the troops in the Middle East.

He has also performed sell out shows at tonnes of major comedy festivals including Perth Fringe, Melbourne International, Edinburgh Fringe and of course is a firm favourite at the New Zealand Comedy Festival.

Rich was also part of a show that got nominated for the “Best Show” at the Perth International Comedy Festival in 2016 with “Best Of British” and “The Comedy Ashes.”

With his stylish delivery, Rich has the unique ability to be able to tame the toughest audiences in the country with his commanding presence and impeccable timing.