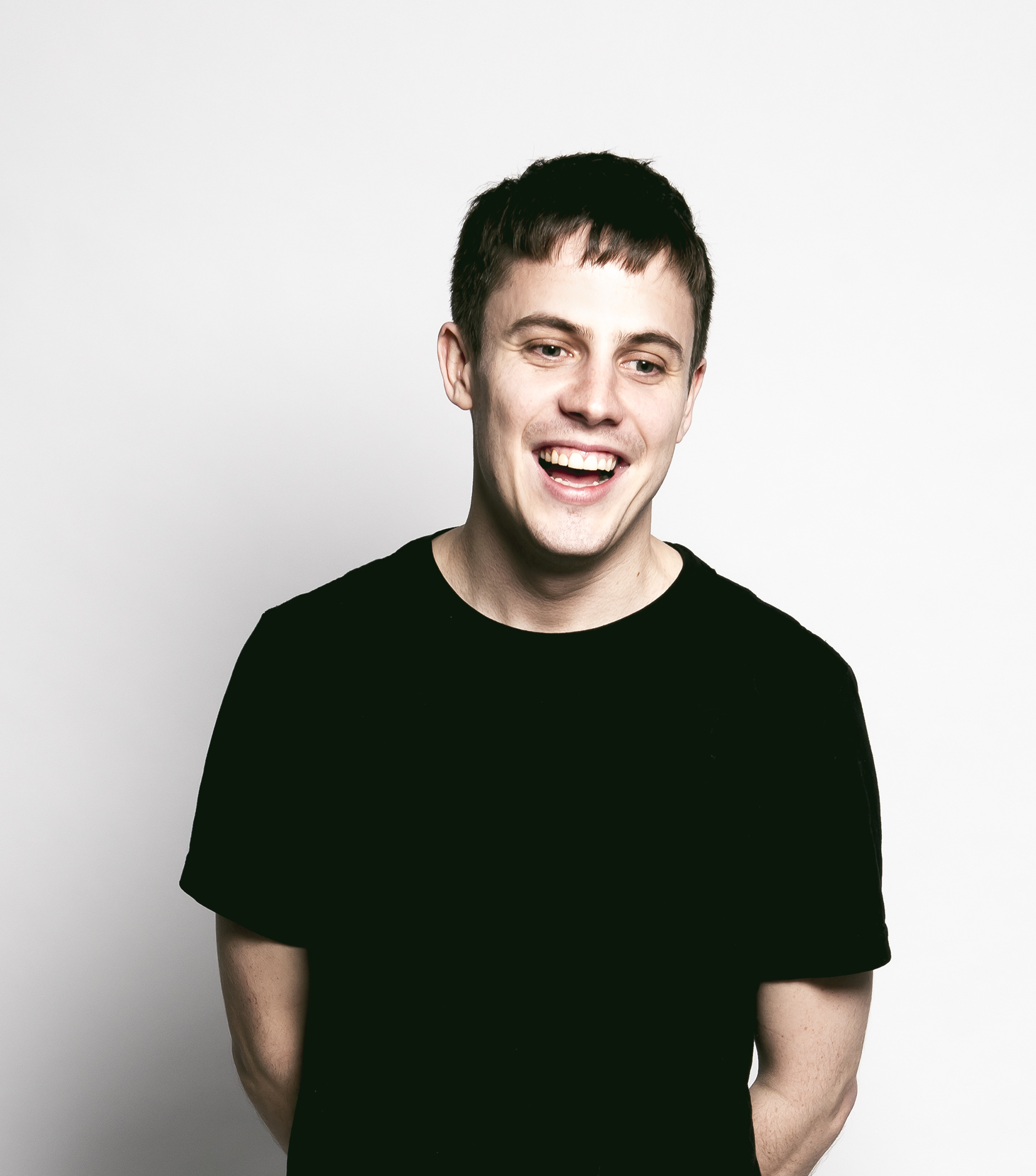 Since starting gigging in 2015, Ross Smith has taken the UK comedy circuit (and the internet) by storm. He’s a regular at some of UK’s biggest comedy clubs. His personable, relaxed style and contemporary material, underpinned by clever wordplay and rapier sharp comebacks, have made him one of the country’s most exciting emerging acts and quick-witted hosts.

In 2018, he made headlines around the world when he agreed to go on holiday with complete strangers, taking the place of another man called Ross Smith. His viral adventure and the aftermath is the subject of his debut Edinburgh show, I Am Ross Smith.

His second critically acclaimed show Crying/Shame (2019) boasted two of Dave’s Top Ten Jokes Of The Fringe alongside a plethora of fantastic reviews.

Ross has also featured in Karl Pilkington’s Sky One sitcom Sick Of It, Apple TV’s Slow Horses and will feature on screen on various projects in 2022

Ross Smith is a Charming but pedantic stand up and MC, specialising in deconstructing absurd ideas or magazine headlines, exploring self and unrelatable relatable material. originally from Northamptonshire but now living in London, Ross runs a successful semi-pro comedy night called SHOWBIZ BABY. In 2015 Ross was a semi finalist of so you think youre funny. in 2016 he MC’d a brighton fringe compilation show and also completed his first Edinburgh run with a show SPACE CAT PASTA BAKE.”. Ross is a resident MC at Londons notorious comedy night Comedy virgins at the Cavendish arms.

‘One of my favourite new acts, watch him now so you can be smug in 5 years time when he’s big’

‘hilarious and original- unlike this quote’

Bruce Dessau, Beyond the joke