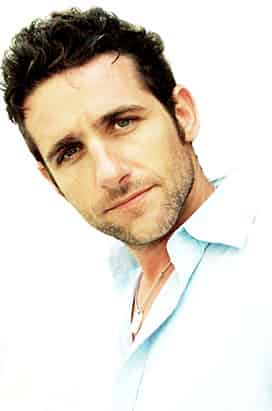 Canadian comic Tom Stade has earned a reputation as one of the most original and exciting stand-up talents in the UK – and enjoys a star profile to boot.

Renowned for his magnetic stage presence and first-class story-telling, since his sudden breakout in 2011, Tom has toured every year with a new show, playing to packed houses and garnering rave reviews. Described by the London Evening Standard as a “rock n’ roll comedian,” Tom’s irrepressible charm translates effortlessly to TV. In the past few years, he has been invited onto every major UK stand-up show, including two appearances on flagship BBC showcase Live At The Apollo, as well as performances on The John Bishop Show and Michael McIntyre’s Comedy Roadshow.

As a long-term Edinburgh resident, Stade has been a regular at the career-making Edinburgh Festival for the past decade, causing a stir with 2011’s hit show What Year Was That?, a sell-out, extended run which firmly cemented his reputation as a distinctive and formidable live act.

The success was repeated in 2012 with follow-up Tom Stade Totally Rocks, which went on to tour at more than 100 venues across the UK. He returned triumphantly with 2013’s 12 Nights Only and 2014’s Decisions, Decisions. Tom is currently on tour throughout the UK with You’re Welcome, the solo show he debuted at last year’s Edinburgh Festival.

Back in his native Canada, Tom appeared in the critically acclaimed sitcom The Newsroom and the award-winning feature film My Own Private Oshawa. He also starred in his own hour special for CBC/Comedy Central, Stade and Confused.

Tom’s inimitable style and sharp observations were caught on celluloid with the release of his debut DVD in 2013, Tom Stade Live, and his current tour is being filmed for a second DVD release, set for later this year. www.tomstade.co.uk